In this paper, I will reveal where Queen Elisabeth’s bathroom was furnished in the Royal Palace of Gödöllő, and where exactly the simple iron bed she slept on was set up in her bedroom. Furthermore, I will confirm the fact that Sisi’s upstairs suite was connected with a private spiral staircase to the ground floor not only in Schönbrunn Palace but also in the Royal Palace of Gödöllő. The next time you visit the palace, you can also try to find out based on the description below, where Elisabeth’s former bathroom could be furnished, and where her iron bed could stand. Read more: Click HERE

It is NOT Elisabeth, neither her Hairdresser in the Photo

Elisabeth did not allow herself to be photographed after the year 1866, when the coronation photo session was taken in the studio of Emil Rabending, one year before the Hungarian coronation. There could be other photos taken in year 1867, but they were taken before her pregnancy with her fourth child, Marie Valerie was visible. (Elisabeth gave birth to Valerie on 22 April 1868. ) However, several speculations were made and some found photos saying that the ageing Elisabeth can be seen in them. Just as in the case of the photo on the right. Why is it not true? Read more: Click HERE

Marie Valerie, the Favourite Daughter of Empress Elisabeth Called our Attention that her Mother’s Nickname is Sisi

After my presentations about the Empress (my YouTube videos), I am often asked, “Is not her nickname spelt Sissi? Everywhere it can be seen like that.” Some might think that “Sisi” is not as elegant as “Sissi”. What is more, a few add a “y” in the end: Sissy! I am startled to see this version. In this paper, I will provide some evidences which support the fact that Elisabeth wrote her nickname like this: Sisi. Furthermore, I will discuss the question of the possible nicknames: Lisi and Lizi, and I will tell you a true story relating to another nickname that she used. Read more: Click HERE

The Life and Death of Elisabeth, the Queen Consort of Hungary

Elisabeth of Bavaria (24 December 1837 – 10 September 1898) was the Empress of Austria (1854-1898) by marriage to Emperor Franz Joseph I (18 August 1830 – 21 November 1916) and was the Queen consort of Hungary from 1867 to 1898. She was surrounded by love and worship in Hungary during her lifetime, which increased after her tragic death. We, Hungarians call Elisabeth “Erzsébet”, which was the form she liked to use in her Hungarian conversations and letters. The Queen learnt to speak our language as a native speaker, what is more, she had her fourth child, Marie Valerie taught this language as her mother tongue. Read more: Click HERE

The Life of the Legendary Sisi

Empress Elisabeth of Austria (1854-1898) and Queen consort of Hungary (1867-1898) was surrounded by love and worship in Hungary during her lifetime, which increased after her tragic death. This interest and admiration towards her have not decreased over more than a hundred year. Most people who love Elisabeth got to know her from Ernst Marischka’s Sissi-trilogy of the 1950s starring the beautiful actress, Romy Schneider. In Hungary, this popular cult trilogy is on one of the Hungarian TV channels every Christmas remembering, perhaps unwittingly, of Elisabeth’s birthday since the Bavarian Duchess was born on 24th December 1837. The aim of the paper below is to provide a short outline of the life of one of the most interesting royals of the 19th century. Click HERE 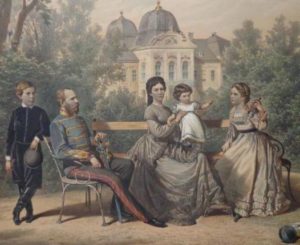 The Land of Queen Elisabeth: The Royal Palace of Gödöllő, Hungary

Gödöllő Hills had been a hunting ground since the Middle Ages before Gödöllő became a royal estate. Sisi was particularly fond of the English style hunts, she even had private hounds. On the hunts and greyhound races the top members of the Hungarian aristocracy were also involved. When the weather was bad and cold, the event took place in the riding hall, of course, with the participation of the Queen, who was considered to be one of the greatest riders. The atmosphere of Gödöllő Court resembled to that of the Possenhofen one, where Elisabeth spent her pretty happy childhood: It was very intimate in the Hungarian estate. However, Franz Joseph, who came from a rigid and ritual-lover family due to his upbringing, was not used to it. In this atmosphere the spouses got closer to each other because they could spend time together freely on their common passions: love of nature, horse riding and hunting.
Read more: Click HERE 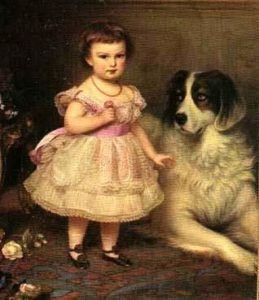 Born by a Bavarian mother and an Austrian father Marie Valerie was brought up as a Hungarian princess. Although her mother tongue was German, her first language was Hungarian and it was the one she used while talking to her mother, Queen Elisabeth and her father, King Franz Joseph. Archduchess Marie Valerie of Austria (22 April 1868 – 6 September 1924) was the fourth and last child of Emperor Franz Joseph of Austria and Elisabeth of Bavaria. Her given name was Marie Valerie Mathilde Amalie but she was usually called Valerie. Why was an Austrian Archduchess forced to talk in Hungarian and use this language as a mother tongue?
Read more: Click HERE 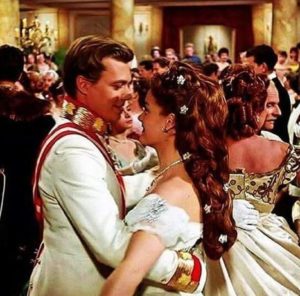 SISSI”: Actors and the Historic Figures. Some Surprising Facts

The Sissi Movies of 1950s still have enjoyed a high popularity. The trilogy reflects the taste of the Austrian public of the 1950s. The aim of it was to make the audience forget about the horrors of the Second World War while watching it. Since then, it has been one of the most successful German-speaking film of the world. Sissi (1955) is the first part of the trilogy, which is followed by two sequels, Sissi – The Young Empress (1956) and Sissi – Fateful Years of an Empress (1957). The fourth part was also planned, however, Romy Schneider refused to be the young Empress again, finally, she became Sissi again in the film Ludwig (1973) directed by Luchino Visconti. The casting of Sissi was perfect in many respects. Magda Schneider, Sissi’s mother on the screen was the one of Romy Schneider in the reality, too. In addition…
Read more: Click HERE 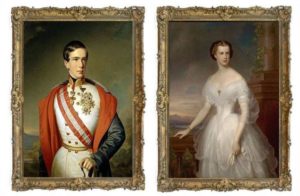 A Wedding Proposal – What is behind the fairy tale?

The fifteen-year-old Elisabeth and the twenty-three-year-old Franz Joseph met (actually for the second time: they met some years earlier) in a fashionable resort, Bad Ischl on 16th August in 1853, where Duchess Ludovica and her older daughter were invited by Archduchess Sophie. Sophie’s intention was to reintroduce Helene (her chosen one) and Franz Joseph each other. It was the Ludovica’s decision to take Sisi with herself…
A love story you know very well, or not? What could be the first impression of Franz about the young Sisi? Did Elisabeth really love Franz? What is behind the fairy tale?
Read more: Click HERE 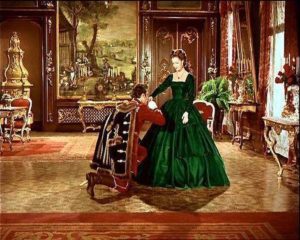 Many Sisi-fans regard it as a fact that Empress Elisabeth of Austria and the rebellious revolutionist Count Gyula Andrássy, the so called “handsome hooked”, were fallen in love with each other. Some go even further and believe that Sisi’s fourth child, Marie Valerie, who was born in Hungary, was not the Emperor’s but Andrássy’s daughter! Why the rumours are not true? The following article will answer the question. Elisabeth and Andrássy met in Vienna for the first time in January 1866, when the Count was a member of the Hungarian parliamentary delegation that invited the Empress to Hungary. All the members of the delegate looked wonderfully in their Hungarian clothes. However, Sisi caught sight of the tall and handsome Count Andrássy, who was fascinated by his Empress…
Read more: Click HERE 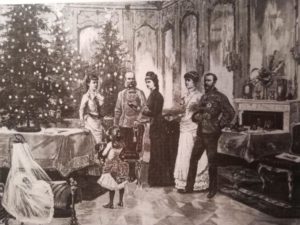 Vienna Hofburg was the official winter residence of the Imperial family. They usually spent the Christmas season there. However, after the Hungarian coronation, the family often stayed in the Royal Palace of Gödöllő, Hungary too, and in her late ages, Elisabeth did not spend this holiday with her family. Sisi was born at the Holy Night so on 24th December her birthday was also celebrated. We can hardly talk about affectionate Christmas Eves regarding to Hofburg. However, there were some occasions when the family members were able to express their love towards each other. In the second part of my article, I intend to recall some of these rare moments of Christmas time in Hofburg.
Read more: Click HERE

The Hermes Villa in the Lainz Game Reserve is the Wien Museum’s largest branch location and a place of remembrance of Empress Elisabeth of Austria. In the summer of 1881, Emperor Franz Joseph decided to have a residence built for his wife, Elisabeth in the Lainz Game Reserve. The area is not far from Schönbrunn Palace, the summer residence of the Habsburgs. The Emperor wished to spend his old age with Elisabeth in the Lainz Villa. He wrote to her about his intention in a letter and she was glad about it. Sisi visited Hermes Villa first in May 1887 and from that year in each spring and in the beginning of each summer she spent a few weeks there. She was there for the last time in the year of her death, 1898, when she moved to the building in early May and stayed there until mid-June. The villa was in the forest, which ensured some solitude.
Read more: Click HERE

It is obvious that Sisi felt attracted to the Hungarians since she had chosen Hungarian ladies-in-waiting since the early 1860s, who accompanied her not only to Vienna but also to her journeys. Ida Ferenczy, the Hungarian noble lady was her confidant and one of her closest friends. The first woman who taught Elisabeth a few Hungarian words was Rudolf’s Hungarian wet nurse. Then later, in Madeira, where she stayed from November 1860, she learnt from Count Imre Hunyady, who became one of her great admirers. Here Sisi met Imre’s sister, Lili, who was at her age…
Read more: Click HERE

A Legend was Born: The Ageing Empress Elisabeth

Empress Elisabeth was regarded to be one of the most beautiful women of her time. Those who knew her personally were convinced that the photos and most of the paintings were not able to recall the true beauty of her. Sisi consciously prepared for hiding her face and avoiding public appearance when starting ageing. She did not allow any photo taken of her after her early 30s, and soon she refused to seat in front of painters as well. She devoted her time to preserving her beauty, including her fine hair and slender figure, which she managed to preserve, however, her skin was growing old rapidly also due to the extreme weather conditions since she had spent as much time outdoors as that was possible.

The Empress was Assassinated!

Empress Elisabeth of Austria was assassinated by Luigi Lucheni, an Italian anarchist on 10 September in 1898. Lucheni plotted to kill any member of the elite and oppressive upper class but the one he wanted to murder had to be high ranked and important in order to make the Press write about the event. According to the maid of honour, Irma Sztáray, they were only a hundred metre far from the harbour when an unknown man was marching towards them. They moved aside but then he raised his right fist and measured a powerful punch to the Empress’ chest, who collapsed due to the shock hitting her head against the pavement, however, her tightly braided hair soothed the fall.
Read more: Click HERE