Empress Elisabeth of Austria (1854-1898) and Queen consort of Hungary (1867-1898) was surrounded by love and worship in Hungary during her lifetime, which increased after her tragic death. This interest and admiration towards her have not decreased over more than one hundred-twenty years.

Perhaps the Empress was unaware of the fact that it was also herself, although unintentionally, who created a mysterious atmosphere around herself. She had already become a legend partly thanks to her beauty during her lifetime. She did not allow any photos taken of her after she became 29 and a half years old (at the age of 30, she was pregnant with Marie Valerie, who was born on 22 April 1868), and soon she refused to seat in front of painters as well. The portrait left is an exeption: in this, she is 41-42 years old (by Georg Raab, 1879). (More about it: Here.)

Researcher of Empress Elisabeth of Austria and Queen of Hungary 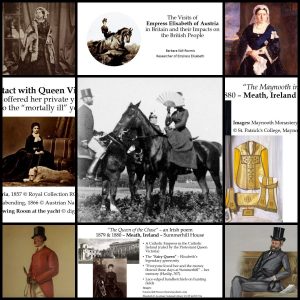 Elisabeth as a mother (SUBTITLED)