New book: Queen Elisabeth and the Hungarian – Friendship or Love? 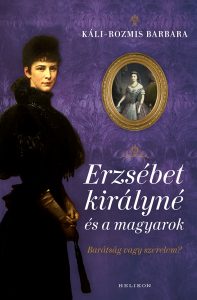 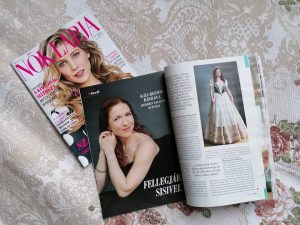 The author of the book is the researcher of Empress-Queen Elisabeth. The historical facts and contexts are interpreted in a comprehensible and readable way, the book almost seems to be a novel. Nevertheless, the work is by no means a fiction, as events come to life using authentic contemporary reports, recollections, diary entries and private letters. Many of the source materials have not been processed or published to such depth until now. Dialogues have been reconstructed as authentically as possible – so they are not only “based” on the sources, but were recorded by the contemporaries of Empress-Queen Elisabeth. The understandable and readable form of the scholarly book is intended to reach a wider readership. Through a novel approach, the readers become acquainted with historical characters by engaging themselves in a series of events.

The Recommendation was written by Archduke Michael von Habsburg-Lothringen, great-great-grandson of Empress-Queen Elisabeth. Special thanks to Count János Seremetyeff-Papp, who helped with a lot of valuable advice and the picture selection (many of the images are from the Family Archive of the Hungarian branch of the Habsburg family).

Although the title promises to elaborate on the relationship between the Queen and the Hungarians, the readers are holding a biography in their hands. The book is not only about her relationship with the Hungarians. An important aim of the author was to provide many forgotten and interesting details that have not appeared in books of the last 100 years.The Hungarian-Austrian antagonism and disagreements almost dominate the court of Empress-Queen Elisabeth, whose heart drew to the Hungarians, which is proved by nothing more than that she chose Hungarian confidants and friends. We can rightly say that she was Hungarian in her heart as well, for speaking Hungarian first (instead of her mother tongue, German) after recovering from losing consciousness, both times: once after a riding accident (1875) and the next time before her death (1898) – the latter one meaning that her very last words were Hungarians.

One of the highlights of the book is Count Gyula Andrássy (Count Julius Andrassy), from the personal viewpoint and not from the political one: the emphasis is on his relationship with Queen Elisabeth, his wife (Countess Katinka Kendeffy) and Emperor Franz Joseph. There were countless rumours that the Queen’s fourth child, Marie Valerie, was not the daughter of Franz Joseph I, but that of the handsome Count Andrássy, who was known as a “womanizer”. To refute all this, the readers themselves come to understand the reason and sources of this assumption. After Andrássy’s death, Elisabeth told one of her relatives that her relationship with Andrássy had been “a true friendship which was not poisoned by love.” The reader gains a detailed insight into this special friendship.

Elisabeth’s relationship with her husband and children also plays a big part. Motherhood is an important issue of the book, as she lost her first child in Hungary, and she never recovered fully from this loss. She wanted to form a “Hungarian princess” from her fourth child born in Buda Castle – she spoke to the little girl only in Hungarian, so this language was literally her mother tongue. Several mysteries are uncovered, one of the most exciting is the “Mayerling incident” (Crown Prince Rudolf’s suicide in January 1889), which is approached from the perspective of the most important historical characters of the book.

Excerpts from the book (note: the excerpts are in English, however, the language of the book is Hungarian)

Conversation of Count Gyula Andrássy and Empress Elisabeth. The conversation was reconstructed from the private notes of Andrássy. In October 1866, the empress trusted Count Andrássy entirely. Andrássy recorded some of the conversations between Elisabeth and him:

“I have received a villainous anonymous letter,” said Elisabeth to the Count.

“May I ask, Your Majesty, what is written in it?”

“About you, Count Andrássy. The writer of the letter says you are an excessively vain person and therefore suggests that I should take the advice of Sennyey and Majláth instead,” replied Elisabeth. [Both are Hungarians: György Majláth was the court chancellor, Baron Pál Sennyey was another leading politician.]

“Does Your Majesty give any small credit for these slanders?”

“Of course not. If I had doubted you, I would not have mentioned the whole thing but I would have observed the accusations to make sure they were true,” replied the empress.

“I must confess to Your Majesty that I consider Count Beust, who is a foreigner, utterly incapable of the task of pouring new life into the monarchy. Please do not take it immodest to express to you my conviction that I am the only one who can help in this situation.”

“How many times have I said this to the emperor. Recently, at lunch, the emperor and I toasted to the health of the old gentleman [i.e. Franz Deák],” said the empress. Andrássy was very pleased, and continued with encouragement:

“Allow me, Your Majesty, to pour pure wine into the glass and to enlighten you that the Hungarian government must be appointed as soon as possible, without it, there is no prospect of restoring good relations between the throne and the nation.”

“The possibilities of this plan, Count, to my greatest pain, are very small. However, I assure you that once again I will try my best to help you to brush aside the obstacles that stood in the way,” said the empress.

Andrássy and Deák – and under their influence also Elisabeth – wanted the emperor to make Gyula Andrássy his foreign minister. However, this plan failed. Andrássy learned from the empress that Franz Joseph had appointed the former Prime Minister of Saxony, Count Friedrich Ferdinand von Beust, as the Foreign Minister of the Monarchy (and a few months later as Prime Minister of the Monarchy). Both Andrássy and Elisabeth experienced the emperor’s decision as defeat.

After Elisabeth calmed down, she felt that Beust could be a good choice. However, Andrássy was of a different opinion:

“Beust should not be made Minister of the Monarchy. Nothing good can be expected from this man. In history, so to speak, it has already happened that a foreign commander took the beaten army to victory because the armies are the same everywhere; but there had never been an example of a foreign statesman saving a previously unknown state. Every state is different from the other, and it is especially true for this monarchy. For someone to get the right idea about this monarchy, it is necessary to be born and lived here,” said Andrássy to the empress.

Elisabeth (perhaps for the first time) did not agree with Andrássy: she was from a foreign country, and yet her heart was pounding for the Hungarians.

The Hungarian coronation was on 8 June 1867. Shortly before that the imperial-royal couple got the news of the tragic death of a relative (a young duchess). The scene below is from the eve before the coronation day.

Elisabeth’s sadness disappeared in her excitement on the evening of June 7th. She could scarcely think of anything else but the fact that the next day she would become officially the Queen of Hungary, the nation that is hated by her mother-in-law and the Austrian imperial court, the nation, whose history and destiny captivated her as a bride. On the eve of the coronation, with the help of her maid, she put on the Hungarian ceremonial dress she would wear the next day. It was a silver brocade dress made for the ceremony with black velvet waist. The dress was embroidered with silver thread on organ flower patterns, which were adorned with precious diamond stones. She wanted to show herself to Franz Joseph. The dress was extremely heavy, weighing about twenty-five kilograms, and Elisabeth’s weight was only about fifty kilograms: it would be demanding to walk in it. The Queen was amazing in the dress glittering with diamonds in the candlelight of the room of the Royal Palace of Buda.

It was the eve of the long-awaited day of the coronation. She was standing there now in the most beautiful, excitedly waiting for her husband. The emperor was glad that his wife had sent for him so suddenly and urgently, and entered the door with a smile under his moustache. The hall of the palace, where Elisabeth was waiting, was lit by hundreds of candles. Franz Joseph could hardly speak of surprise and pleasure when he saw his beautiful wife whose face reflected happiness: Sisi, standing in her brilliant dress with thousands of tiny diamonds, did not look like this worldly being, but rather a fairy queen. The emperor approached his beloved Sisi with slow but springy steps, he was still deeply in love with her. She was no longer a shy girl, but a very self-conscious, beautiful woman. Arriving before her, he said nothing but kissed her on the forehead in delight. How wonderful she will look like the next day at seven o’clock, in the early morning sunshine, and then in the light of the thousands of candles in the Matthias Church in Buda Castle. Sisi will be the real attraction of the coronation day.

Count Andrássy was appointed to the Foreign Minister of Austria-Hungary in 1871. The following extract is from a ball scene. The ball is organised at the Viennese Palace of Andrássy, that is, the Palace of Ministry of Foreign Affairs, in Vienna:

The military music band had already taken its place in the two adjoining great halls of the Foreign Minister’s Palace, which was loud from the conversations. The guests were speaking in several languages, such as, French, English, Italian, Spanish, German, Russian and Hungarian. When Count Andrássy escorted the emperor into the ballroom, everyone – giving the obligatory respect – bowed obediently. Even Joseph Othmar von Rauscher, Cardinal of Vienna, although his face reflected that he did not consider the Austrian Emperor above him in rank. Franz Joseph and Andrássy started separate conversations with the guests. Andrássy began talking with a gentleman nearly fifty years old, but he (Andrássy) was constantly looking toward the door. His face, according to those present, was “cold and sober”. At last, a Hungarian man wearing a hussar uniform and spurred boots made his way between the ladies wearing evening dresses and the well-dressed gentlemen. Andrássy informed the emperor, then gestured to his wives, who were entertaining her guests in her drawing-room (next to the ballroom) decorated with red atlas, and was waiting for her husband’s signal all the time. She followed her husband through the ballroom to the stairwell, where soldiers wearing light yellow hussar uniforms and light grey fur hat were standing on both sides. Andrássy strode down the stairs to get ready for a reception (of Empress Elisabeth and Empress Augusta, the German Empress consort) at the bottom of the stairwell. Andrássy’s wife, the mistress of the house was waiting in the upper hall…

You can support my work and read my exclusive posts as well as more excerpt from my book on Patreon – EXCLUSIVE POSTS ABOUT EMPRESS ELISABETH OF AUSTRIA (SISI).